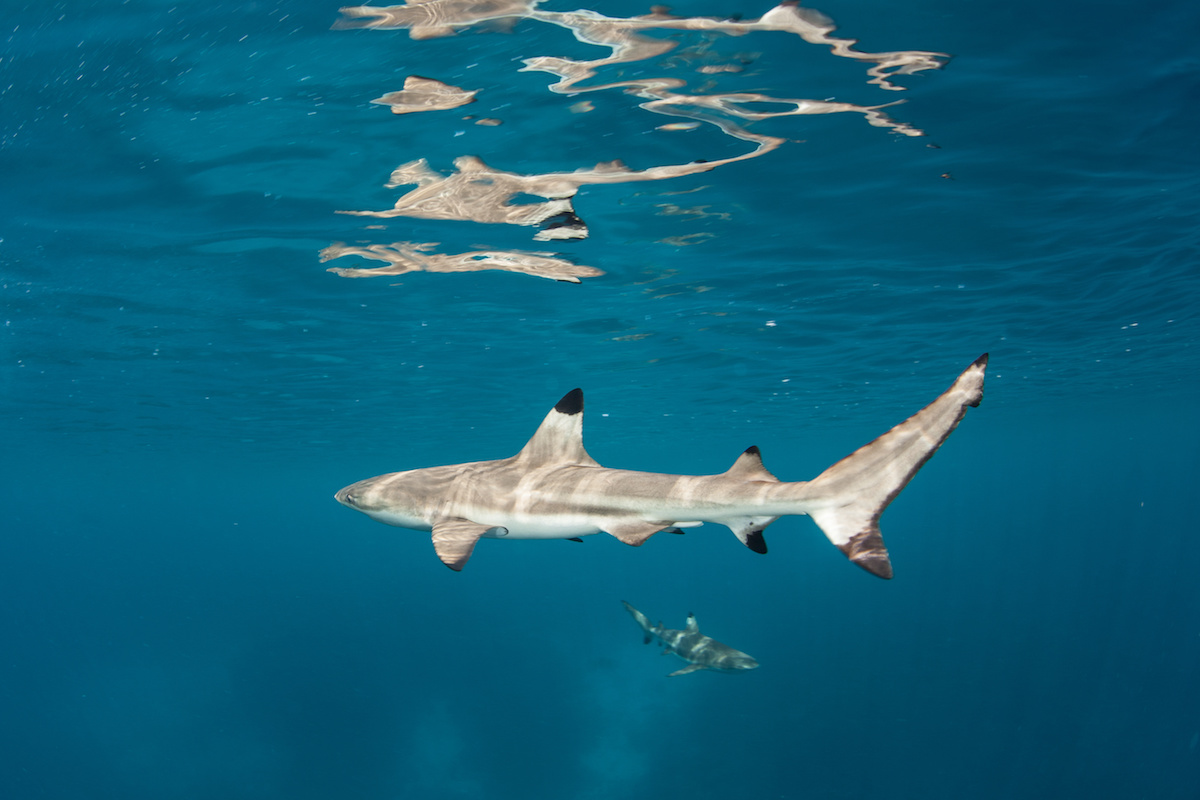 Want some added adrenaline in your fishing adventure while you are in Charleston? Did you know there are over 400 species of shark in the world? Sharks are abundant in the Spring, Summer and Fall. They are lurking around inshore estuaries and nearshore habitats all throughout the Charleston area!

Sharks are the apex predator in these waters, with a hyper keen sense of smell! But don’t worry the large population of sharks in the Charleston, SC area is sure to bring you the adventure you’re looking for!

Here is a list of 5 of the most commonly found sharks in Charleston waters and some information about these exotic animals. They are Blacknose, Blacktips, Hammerheads, Sharpnose, and Spinners.

Blacknose sharks get their name from the dark blotch on the tip of their snout which often fades on older adults. This shark has a streamlined shape and matures to just over 4 feet long. It feeds on smaller fish and sometimes octopus, and falls prey to larger sharks and lives up to 19 years. They hang out in inshore coastal waters from North Carolina to Brazil.

Blacktip Shark
This medium sized, stocky shark is a dark grey-blue to brown on top with white underneath, and has its name-sake black tipped fins. They grow up to 6 feet and lives longer than 10 years.

They are found off the East Coast, from New England to Mexico, but most commonly located between North Carolina and Texas. Uses shallow inshore waters from South Carolina to Texas as nursery areas for their pups in the spring and summer.

They hunt schooling fish, often swimming quickly through a school and snapping up prey, and even breaching the water surface because of their momentum. Generally timid sharks, but because they inhabit shallower waters (less than 100 ft.), encounters with humans while they are hunting result in bites and other wounds (but no recorded fatalities).

Hammerhead Shark
Hammerheads are grayish copper, with a classic shark shape, and a slightly longer first dorsal fin characterized by a flat, extended head. They grow up to 14 feet and live about 40 years. They are found in coastal waters from North Carolina to Florida.

Hammerheads are unique because of the scalloped shape of the front edge of their cephalophoil, their ‘hammer head’. These open-water sharks have been observed in many parts of the world and in many habitats looking for food, usually fish, invertebrates, and smaller sharks and rays. The scalloped hammerhead is fished both as a gamefish and commercially. It is readily accessible to inshore fishers as well as offshore commercial operations. This shark can be caught on longlines, bottom nets and trawls.

Sharpnose Shark
This small, slim shark has a distinctly long, pointed snout, and large eyes. It likes surf zones and estuaries. It has a brownish-gray body with scattered white spots and grows to about 4 feet. Life expectancy is up to 12 years. Sharpnose sharks live in coastal, shallow waters from New Jersey to Florida, often near surf zones, enclosed bays, sounds or harbors and marine to brackish estuaries. 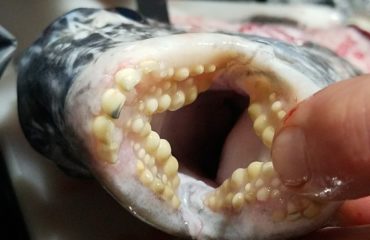 Sheepshead – The Fish with Human Teeth 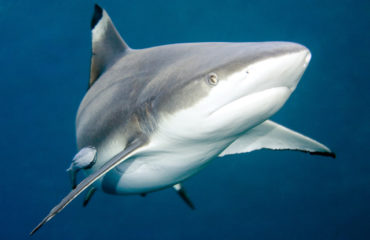 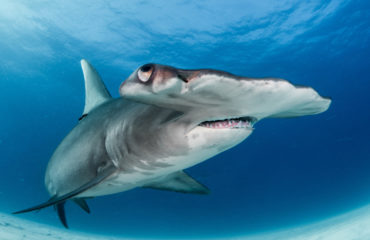